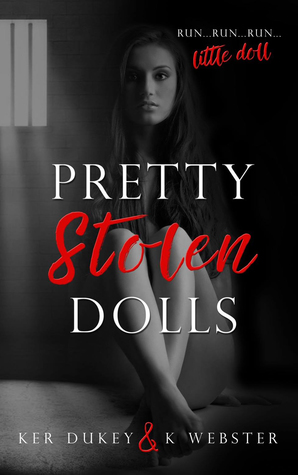 Benny is a fucking sick, sick, sick
Who wants a dolly to play with, with, with.
But his Dirty Doll was bad, bad, bad
So Benny is very mad, mad, mad.

Blurb:
This is a Dark title with adult themes

Benny loves his pretty little dolls.
As long as they do exactly as they’re told.
He keeps them perfect by brushing their hair
and gives them pretty dresses to wear.
He likes to toy with them late at night.
One so timid but the other likes to fight.
When his favorite doll runs away…
despite the other doll promising to stay,
his heart becomes broken and he can’t help but cry.
He wants her back home or his pretty little doll must die.

Have you ever had to make a decision that haunts you every single day for the rest of your life…the life you stole back?
I have.
I ran for my survival, rocks and twigs cutting into the soles of my feet, my lungs burning and screaming for rest, every muscle tensed and fighting along with me for existence.
I left her.
I ran, ran, ran—from Benny and his lone, pretty little doll—until I couldn’t remember where to find them again.
I’m sorry.

Jade is just a little girl. Innocent, carefree, happy, but guarded. At least until one life-changing moment, when her sister sees a beautiful porcelain doll at the flea market. The handsome, charismatic, charming young man promises to sell them the doll if they get into his car. But instead of bringing them home to their daddy, he gives each of the girls a spiked water bottle and kidnaps them. Jade despite being the more guarded and older one falls under his charms too. She realizes the danger, but it’s too late.

They are held captive for years, then Jade escapes the hellhole – alone – and wants to get her sister back from that sicko. But Benny is elusive, goes under the radar and Macy is nowhere to be seen. Jade never gives up hope, that one day she will find her little sister, then destroy the monster who broke them. She becomes a fighter, a detective and she does a hell of a job to clean the streets of the monsters lurking in the shadows. Years went by, and then… Benny breaks the silence…

So I don’t want to share any more detail. The book is fantastic, engaging, fast-paced and exciting. The authors wrote an awesome thriller and with every page turn, I was biting my nails what would happen. I completely got lost in the story, living there with Jade – in Jade – wanting to kill that asshole too. The characters were good, I liked them, was even feeling sorry for Bo, but then… The Ending. Yes, with a capital letter. The ending… I just had to buy the next book, sit down and read until I completely finished the story. This is definitely a page-turner and worth the money, worth the read – not just once. But it’s very graphic and brutal, so it’s not for the weak hearts. I recommend it for those, who love a little action, romance, dark elements, a psycho killer and an exciting thriller. If it were made into a movie… OMFG! I would soooo love to see it.

Her other passions besides writing include reading and graphic design. K can always be found in front of her computer chasing her next idea and taking action. She looks forward to the day when she will see one of her titles on the big screen. 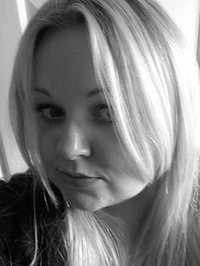 My books all tend to be darker romance, edge of you seat, angst filled reads. My advice to my readers when starting one of my titles…prepare for the unexpected.

I have always had a passion for storytelling, whether it be through lyrics or bed time stories with my sisters growing up. We also used to put on performances by acting out stories. I wanted to become an actress from an early age so I could live out many roles but unfortunately I learned early on that my mind was too active…(I would end up wanting to change the script)
I would watch films or TV shows and think of ways they could have improved the story if they took another direction so I thought it best that I tell my own.

My mum would always have a book in her hand when I was young and passed on her love for reading, inspiring me to venture into writing my own. I tend to have a darker edge to my writing. Not all love stories are made from light; some are created in darkness but are just as powerful and worth telling.

When I’m not lost in the world of characters I love spending time with my family. I’m a mum and that comes first in my life but when I do get down time I love attending music concerts or reading events with my younger sister.

Come find me on facebook where i love interacting with my readers.