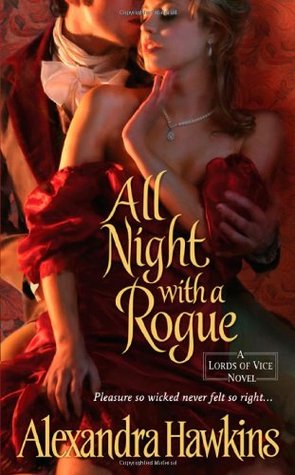 So… The cover itself can cause spontaneous combustion. But hey. We know the cover is not everything. It’s all about the inside, the content. And oh boys and girls… Rakes, devilish, handsome rakes everywhere. Where should I start?

Oh, just a moment. Yes, I will need that extinguisher.

Blurb:
Notorious, handsome, and decadent, the Lords of Vice prowl the glittering ballrooms of Regency London– breaking rules and hearts with equal aplomb. But even the wildest rogue must eventually meet his match…

IT BEGAN AS A FAVOR…
Seduce Lady Juliana Ivers and then cast her aside: Those are his sister’s instructions. Alexius Braverton, Marquess of Sinclair–known as Sin to the ton–is happy enough to oblige, especially when he catches a glimpse of his target. Juliana is completely unlike the empty-headed chits who barely hold his attention for a week. A true gentleman would leave her to find a worthy suitor. But then, a Lord of Vice would never claim to be a gentleman.

WOULD IT END IN FOREVER?
Juliana is expected to marry well to improve her family’s finances, even if she secretly longs to make a living through her musical compositions. A dalliance can only complicate matters, though not even practical Juliana can help succumbing to the aptly named Sin. But one unforgettable night will draw her into a scandalous affair–and a seduction begun as a sport will soon become deliciously, dangerously real…

First of all, I would like to warn everyone. The following review may contain indecent phrases, mature content, and worship. Yeah, I’m prejudiced. Again. (I kinda like that word. Look it up in the dictionary, and you will find me.)

The book just pulled me in, captivated me and I knew instantly, that I will never be free again. Our love was written in the stars. I can’t say technically, write – anything bad about it.

If you read the blurb, there is already a story forming in your head. You expect the cliché: a devilish, handsome, but total jerk and womanizer rake, who changes his lovers like others change their underwear. Then comes a young, beautiful, but strong-willed and tough lady who tames the beast. Then she learns all this was just a game, an act, so the lady gets hurt and heartbroken. She wants nothing to do with him. Then they make peace with each other and live happily ever after. The end.

But no. You are wrong. I was wrong.

Yes, yes, it’s true, that the above-mentioned cliché is there. But the author wrote some awesome twists to the base story. The characters are loveable, the story enchanting and so exciting I was afraid of getting a heart attack if I don’t reach the ending fast. The mentioned cliché is just the book’s first quarter, so I was puzzled about what can happen further.

When I woke up from one shock, the story quickly got another twist and turn, and I was there again. In a state of puzzlement and daze.

I had one, just one objection. Frost. I hate this little slimy, mean-spirited, lying SOB. I really hate him and he just stood there, laughing in my face and doing nothing to prevent it. To make me love him a little. Just a little. A teeny-tiny bit. No. And I do not know what can redeem him so I can love him in his own book. I just really pity that unfortunate girl, who will fall in love with him.

Anyway, this book is a must-read. The series too. Fantastic job, Alexandra Hawkins. Please, keep writing. 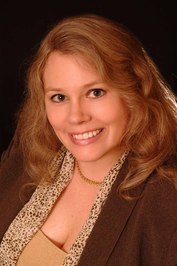 Alexandra Hawkins is an unrepentant Anglophile who discovered romance novels as a teenager and knew that one day she would be writing her own. The USA Today bestselling author has written over eighteen historical romances, including YOU CAN’T ALWAYS GET THE MARQUESS YOU WANT, the second book in her new Masters of Seduction series. Alexandra has combined her love of English history, mythology, and romance to create sensual character-driven stories that, she hopes, will touch readers’ hearts.

You can find her at: